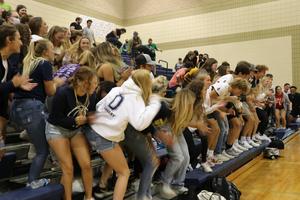 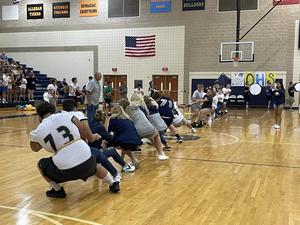 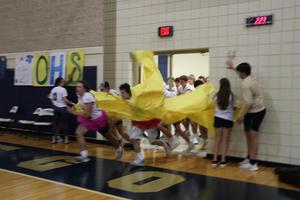 
The gym was decorated in blue & gold and students were encouraged to wear blue & gold as well to show their bulldog pride. They’ll surely be ready for the first home football game Thursday, September 2nd when the Bulldogs take on Paw Paw at 7pm.