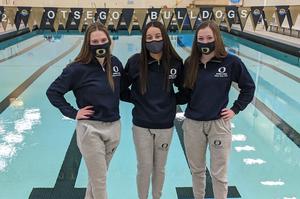 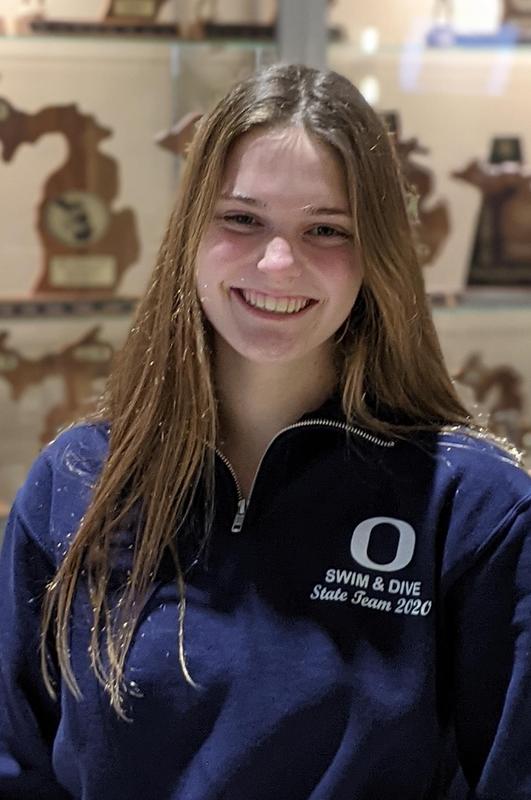 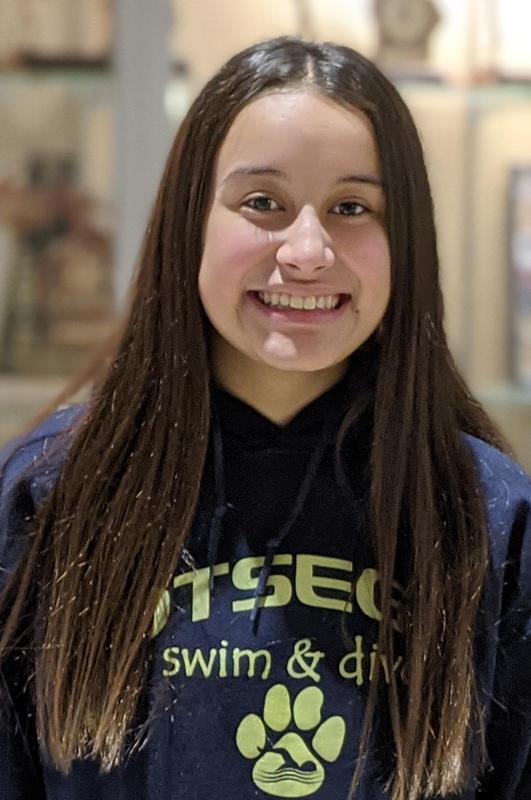 Fall sports finally got to finish their seasons and our swim & dive competitors left it all in the pool bringing home a state championship, all-state finish and 24th placing.

There were three pauses in fall sports between Thanksgiving and Christmas, a time when fall sports are usually over. But COVID cases and halts in seasons pushed back state tournaments to January. “Mentally it was exhausting," admits swim coach Darryl Belton, "but the girls dealt with it better than I did and I couldn’t be prouder. And not just proud of their performances but of their attitudes, work ethic and total class and grace. They came to the pool every day ready to work and they worked hard. They put up with a coaching change, me and nasal swabs. And they did it with a smile.” (Students and coaches were tested for COVID three days a week.)

The three girls were senior Emma Scott who competed at state in the 50 freestyle, and divers junior Abie Sullivan and sophomore Kennedi Reed. The two divers went to repeat and improve upon their 2019 all-state performances and Scott was closing out her high school swim career. Emma placed 24th overall.

“To compete again was so exciting and I was so thankful to be able to do it,” Sullivan says. “I think it was less pressure than our other meets have been just because our coach's main goal was for us to have fun since it was a long stressful process to get there,” she adds.

Reed agrees and says it shows the results of the year, “It felt great to finally compete again and be able to see how I have improved over the season. It was very exciting getting 4th place,” she says.

Reed is just a sophomore, so she’s looking forward to working hard, improving and hoping for a top 3 finish in 2021.

Abie Sullivan began the first female diving champion in OHS history, broke her record (again) and also broke a pool record at the state competition site in Lake Orion with a 455.5. “It feels so unreal to become a state champion. It has been my goal forever and now that I finally did it, I am just like, ‘Woah that's cool what can I now?’ It’s truly just an incredible feeling to look at how crazy everything is right now and still be able to say I made my dreams happen.” She has future goals - another All-American placing, which she did in 2019, coming back to repeat as champ in 2021 and reaching for that state record - but for now, she’s taking it all in. “Right now I just want to celebrate my accomplishments that it took so long to do.”